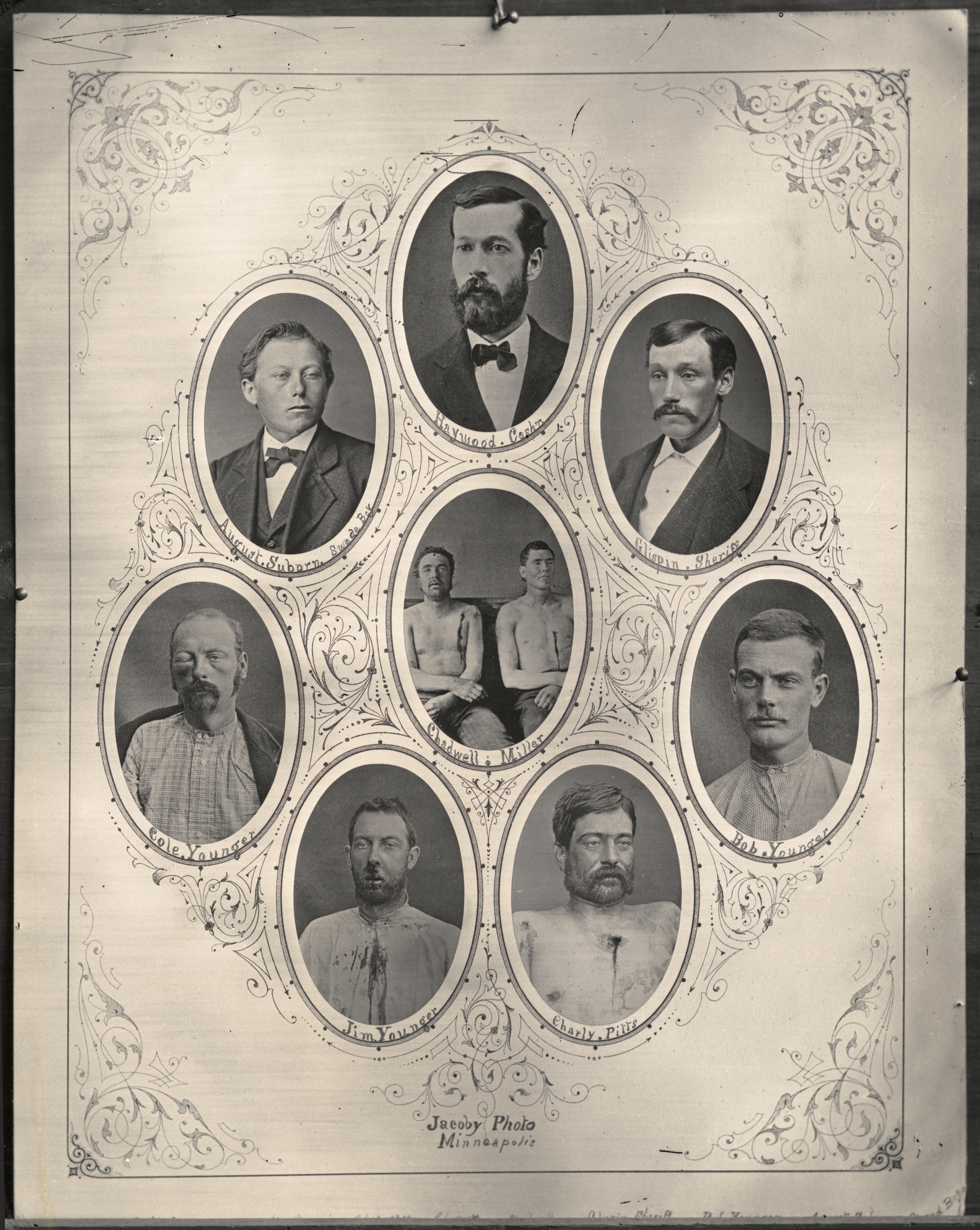 “Do you think,” he was asked, “that under like circumstances, you would open the safe?”

It was a weighty question. The vault at the First National Bank contained some $15,000, approximately $360,000 today. Rumors circulated that the amount was much higher.

Heywood was adamant: “I do not think I should.”

Only three days later, his resolve would be tested when the infamous James-Younger Gang rode into town, sights set on the bank.

They would not find success. The shootout between the gang and townspeople on the streets of Northfield, as well as the ensuing manhunt, would spell destruction for the gang and spark Wild West fame for Northfield and its brave defenders.

Outlaws on the loose!

The James-Younger Gang had its roots in post-Civil War Missouri, where former Confederate guerrilla fighters like the infamous Jesse James felt no drive to settle down. By the late 1860s, the outlaws traveled the country robbing trains, banks and stagecoaches, leaving mayhem and empty coffers in their wake.

Of the gang’s style, Jesse James said: “We always rob in the glare of the day and in the teeth of the multitude.”

Riding into Northfield on Sept. 7 were Frank and Jesse James; Jim, Bob and Cole Younger; Clell Miller; Bill Chadwell; and Charlie Pitts. All concealed their guns under dusters. Prior to the robbery, they cased the area, including the bank’s interior.

At around 2 p.m., Frank James, Charlie Pitts and Bob Younger entered the bank while Clell Miller and Cole Younger stayed outside to guard the door. The rest covered their escape route.

Cole Younger fired a shot outside, and it was then that Northfield resident J.S. Allen uttered the famous line: “Get your guns, boys, they’re robbing the bank!”

The townspeople took up arms, some using improvised weapons, such as stones. Medical student Henry Wheeler seized a rusty Civil War rifle off of its display rack, quickly shooting Miller dead and wounding Bob Younger. The Minneapolis Tribune described the chaos as “an exciting interchange of leaden courtesies.”

Inside the bank, the robbers terrorized employees. There were three men working that day, Joseph Heywood among them. They were held at gunpoint, but insisted the lock was on a timer and could not be opened. (They lied; the lock was open during business hours, but the bolts remained in place so that it  looked locked.)

Frustrated, one outlaw wrestled Heywood to the ground, holding a knife to his throat: “Damn you, open that door or we’ll cut your throat from ear to ear!”

Though the blade drew blood, Heywood remained calm and refused.

There was no time to overcome Heywood’s iron will. The situation outside was escalating, and Cole Younger demanded that his fellow gang members come out to flee the scene. As the gang fled with only pocket change, a frustrated Frank James shot Heywood in the head at point-blank range.

Heywood, the bookkeeper, had defended the bank, but at the cost of his life. He left behind a wife and young child, with whom he had planned a vacation in a few days’ time. Another civilian, Nicolaus Gustavson, was mortally wounded. A Swedish immigrant who didn’t understand English, Gustavson didn’t get out of the way when told, so Cole Younger shot him in the head. Not all of the gang members escaped with their lives. The town left Clell Miller and Bill Chadwell dead in the dust.

Wheeler quickly rode after the escapees without even donning his boots, and the following manhunt, made up of hundreds of volunteers, was the largest in American history at the time.

It took 13 days for the Watonwan County sheriff and five volunteers to corner the three Younger brothers and Charlie Pitts near Madelia, Minnesota. Pitts was killed in the skirmish, and the Youngers were arrested and sentenced to life in Stillwater State Prison, though Cole and Jim were eventually paroled.

They refused to implicate the James brothers. Frank and Jesse James, meanwhile, maintained all their lives that they’d never visited Minnesota.

Northfield remains proud of its slice of Wild West derring-do fame. The raid is reenacted during the annual Defeat of Jesse James Days festival every fall — Sept. 4–8 this year (details below) — featuring games, live music and other activities.

The spirit of the Northfield people past and present was best summarized by the Minneapolis Tribune in 1876: “No attempt of this kind can be made in the hamlets and towns of Minnesota with impunity.”

Mye Brooks is a public relations intern for the strategic communications department of the Minnesota Historical Society.

What: Celebrate the town’s proud history with reenactments (above), parades, a car show, rodeo, carnival and many other community events.
When: Sept. 4–Sept. 8
Where: Downtown Northfield
Cost: FREE
Info: djjd.org