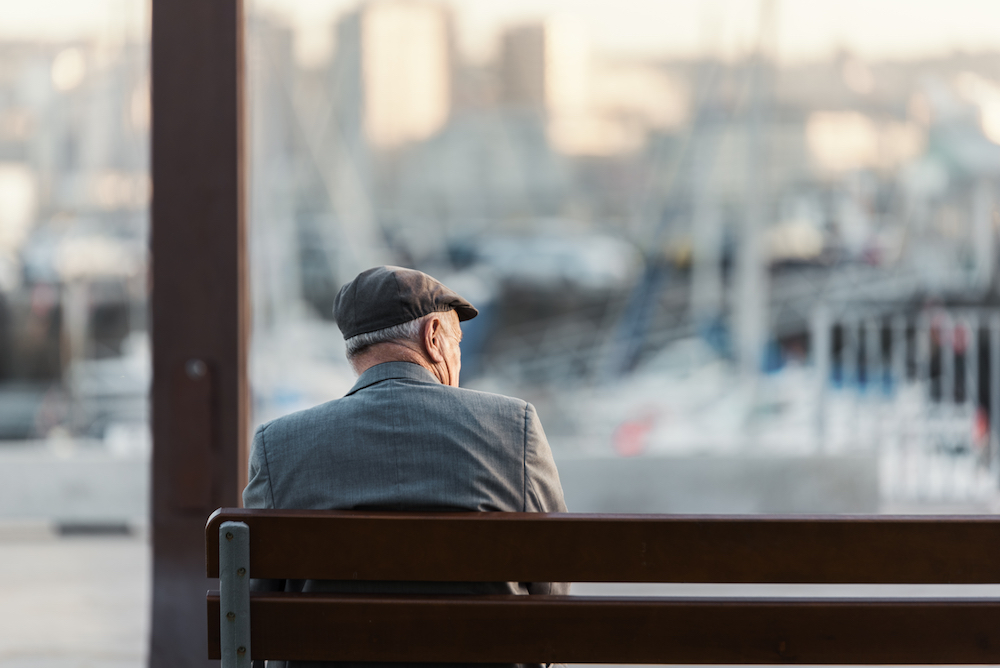 It feels real, and yet you know it’s not.

A teacher, a pastor, maybe a passerby makes eye contact with others, but not with you.

Many years ago, I was bicycle-touring on the California coast, hugging the ocean on the closest land trail, road or highway. Day 3 south of San Francisco was rainy and cold — a mess. And I was a mess — muddy and wet.

At lunchtime, I rolled up to the entrance of a roadside semi-fancy restaurant, locked my bicycle to a post and walked into the café’s small front entry, stopping there to remove my muddy poncho.

A couple entered behind me, walked by — no nod, no eye contact. I might as well have not been there. A group of three entered, did not look at me, made no comment about the weather, no look of disapproval, just hurried on inside. A group of four? The same. I was unpleasant to look at, therefore invisible.

Does getting older automatically bring on invisibility? How common is the problem? Whose job is it to solve — a spouse’s, the nurse on duty where you live, your own?

“Here, at first, I didn’t get the recognition and respect that I did in Fargo. There, I was known as a long-distance cyclist and runner and a helpful citizen,” she said. “Early on in Arizona, where I wasn’t known, my feeling of being invisible was at its greatest. I had no voice. I’d offer an opinion and not be heard at all, it seemed.”

Living in Arizona 11 years now, the insecurity — the invisibility — has lifted.

“I’m seen more clearly now, and I’m known in the community. It’s much better. I don’t feel angry about the way things happened,” she said. “Of course, being a woman adds to the problem. You have to work hard to overcome not being seen. And you have to speak up more, sometimes when you’d rather not.”

Hart noted that in an extreme situation, virtual invisibility can be an asset. In World War II, for example, women whose most notable quality was their ordinariness were selected to fight in the French Resistance. It was an advantage to become invisible.

Rev. Jan Brosen, a Lutheran pastor and a resident of Cornerstone Elim Community in Plymouth, Minnesota, said she felt some invisibility during her early onset of dementia.

Her memory loss began with a fall in her bathroom, followed by a 12-hour wait for rescue.

“After that, I began to take notes to aid my memory,” she said, adding about invisibility: “It’s easy to think we are forgotten. We may believe when we’re younger that the church will be there for us when we get old — or before — and usually it is. But the response may take longer than we think it should.”

Searles said emphatically that she’s not subject to invisibility.

“I have plenty to do, people to connect and visit with, a table of four for meals, TV, movies and games to play,” she said, adding that she enjoys her community’s seasonal celebrations, too.

Sarah Karber, an Augustana Apartments chaplain, said there’s a loneliness problem among seniors, and that it includes people with depression and folks living with a major loss, such as the passing of a spouse.

Fortunately, systems of care that focus on the physical and emotional needs of individuals is increasing in use. For myself, plain old vigorous workouts in the fitness room push back feelings of uselessness.

Feelings of depression, loneliness or isolation should be dealt with by a professional therapist.

Psychiatrist/counselor Leah Streitman at Behavioral Health Services (BHSI) in the Twin Cities sees the plight of elder invisibility in a broader context.

“I encourage patients, senior or not, to talk through their feelings, not just on the surface, but below the surface as well,” she said. “What are the feelings that cause a person to feel invisible?”

Our current culture, reports say, is beginning to shift its values along with the growing senior demographic.

Senior numbers have grown and ages have climbed. According to U.S. Census Bureau projections, 1 out of every 5 U.S. residents will be of retirement age by 2030. By 2034,  there will be 77 million folks 65 years old or older.

That’s a lot of voices. Being ignored — not seen, invisible — will be more unlikely. Those of us with white hair, or none, will be seen more by younger folks out and about every day.

We’ll have proportionally more dollars to spend, causing a shift in the marketplace toward products seniors prefer.

Voting also will reflect senior impact. Seniors have always shown up to vote in higher percentages. Discourse and open conversation is also likely to shift toward senior preferences.

Run for office! We seniors are likely to soon be seen as more inside the mainstream. More admiring smiles may come our way from those younger than ourselves, followed more often by strangers voluntarily picking up a cane for us after it’s been dropped on the floor.

If you or an older adult in your life are experiencing isolation or depression, please call the Institute on Aging’s 24-hour Friendship Line at 800-971-0016 or call the Senior LinkAge line at 800-333-2433 and ask about mental health resources.